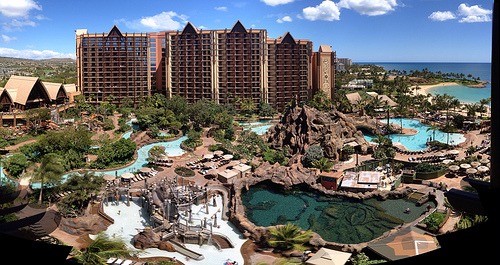 Aulani is a Disney Hawaii style resort in Ko Olina on the lovely Hawaiian island of Oahu. The resort opened in 2011 and is part of the Disney Vacation Club. Disney Aulani is committed to environmentally friendly practices and recently received an award from the U.S. Green Building Council. Aulani is the first resort in Hawaii to receive the LEED Silver certification. The resort is near Waikiki beach and about 17 miles from the Honolulu Airport.

Aulani Resort is home to 359 rooms, 16 suites and 481 Disney Vacation Club villas. There are four types of villas, from one room studios to Grand Villas. 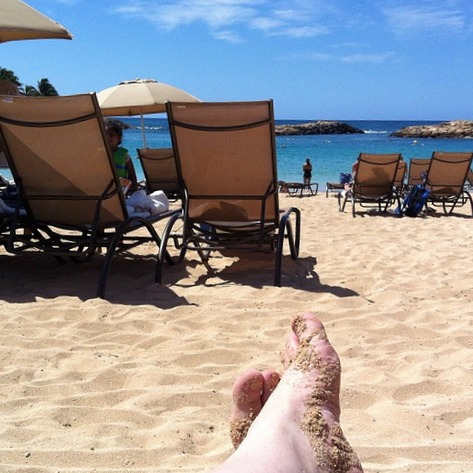 Aulani Disney Vacation Club Villas have all the amenities listed above plus a microwave, wet bar, mini fridge, but no beverage cooler. Aulani villas have the same views as the hotel rooms except poolside garden. 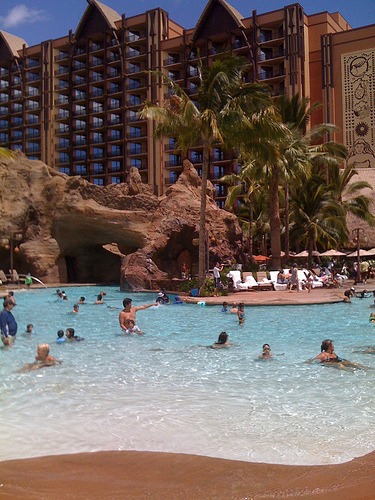 Aulani has a large pool complex. Waikolohe Valley Pool and Stream offers two slides, a lazy river and a manmade Rainbow Reef for snorkeling. Four whirlpool spas are available including two with sunset views. The Menehune Bridge is a child play area. Poolside cabanas can be rented.

Wailana Pool is the Aulani quiet pool and has a pool bar. The Wailana pool and bar are temporarily closed until September 2013 for resort upgrades.

Aulani offers superb accommodations in a sublime beach setting in Hawaii.  Aulani caters to couples and families with the same quality you would expect from a Disney Hawaii resort.